A major overhaul of the trademark legislation in Europe was enacted on December 16, 2015, to take effect at various stages over the next few years, the first important date being March 23, 2016. In this FAQ we will address the main changes. See links below for more information. 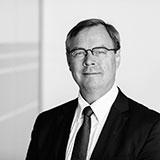 Issue with an EUTM designation?

What are the new names?

As from March 23, 2016, the CTM will be called the “European Union Trade Mark” or “EUTM.” OHIM, the CTM authority, will be known as the “European Union Intellectual Property Office” or “EUIPO”. Note: CTM owners have been increasingly plagued by senders of fraudulent invoices, and it can be feared that these will increase during the transition to the new names. The CTM Regulation will now be the “EUTM Regulation” or “EUTMR”.

How much does a EUTM cost?

As part of the reform there will no longer be three-classes-for-the-same-price-as-one. Rather a single class will now cost 850 euro in official fees, 50 euro for the second class, and 150 euro for each additional class above two. The same figures apply to renewals, which is a significant savings. It is still not clear when and how the new rules will take effect for renewals, but we expect guidance in the near future.

Any other price changes?

Yes, numerous other fees have been reduces slightly as well. The costs of lodging an opposition are falling from 350 to 320 euro, an appeal from 800 euro to 720 euro, and a cancellation action from 700 euro to 630 euro.

What are the main changes in the area of examination proceedings?

Non-traditional marks such as sounds or smells do not have to be represented graphically, as long as they can be clearly defined. Third-party observations concerning e.g. lack of distinctiveness can now be filed before the end of the opposition period or, where an opposition against the trademark has been filed, before the final decision on the opposition is taken. EUIPO now has the expressed right to re-open the examination of absolute grounds on its own initiative at any time before registration.

The rules concerning seniority will be more strict after March 23, 2016, in that there will be a more thorough examination.

What are the main changes in the area of classification?

The EUTM Regulation codifies the existing practice for trademarks filed after the judgment in C-307/10 ‘IP Translator‘ (what you see is what you get). It will still be possible to register for broad lists of goods, and for broad terms, such as “clothing” or “computer software”

What about existing CTMs which cover the “class headings”?

Prior to IP Translator, class headings were considered to cover all goods/services in the class. The new rules extend this practice to CTMs filed before the IP Translator judgment, giving their owners a transitory six-month period until September 23, 2016 to amend the specification of their registrations to cover any of the goods/services listed in the Nice Classification in effect when the CTM was filed. After September 23, 2016 the class headings will be considered to mean what they say. As stated above, this is not necessarily an issue, because broad terms are still accepted.

What are the main changes in the area of relative grounds of refusal?

Introduction of a separate specific ground of opposition and cancellation on the basis of Protected Designations of Origin (PDO) and Protected Geographical Indications (PGI).

What are the main changes regards to opposition and cancellation proceedings?

Changes to the start date for the opposition period against international registrations designating the EU: This period will now start one month after the date of publication.

The EUTM Regulation introduces some changes as regards counterclaims before EU trademark courts. In this respect, EU trade mark courts will not proceed with the examination of counterclaims until either the interested party or the court have informed the EUIPO of the date on which the counterclaim was filed. The EUTM Regulation imposes on the Office the obligation to inform the EU trademark court in question of any previous application for revocation or for a declaration of invalidity filed before the EUIPO.

Any other significant changes?

Yes, certification marks will be registrable as EUTMs, but first as from September 24, 2017.

A new EU Trade Mark Directive has also been passed at the same time, so there will be a further harmonisation of the national trademark legislations in the various European countries. However these do not have to be implemented nationally until 2018.

WIPO’s searchable database of the various editions of the Nice Classification:

Technical Changes in the EUTM Regulation 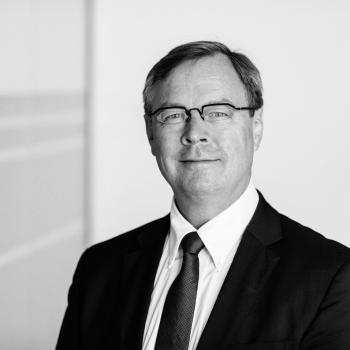